Why Do We Need Surveillance Cameras in Our Home and Offices?

Surveillance cameras can be used to keep an eye out for any crimes that are in progress or even prevent them before they start by serving as a deterrent. If a suspicious person or item is in the area, the proper authorities can be alerted before any crime can be committed or damage can be done. In addition, the area can be cleared of any people as a precautionary measure.

If a crime is committed and there is a surveillance camera, there is a good chance that the authorities will be able to get a viable image of the criminal. The camera footage can be used to put the image on posters and aired on television where someone might be able to recognise who the person is. Without the surveillance camera, it may be more difficult to get a detailed description of the perpetrator.

For some people, knowing that surveillance cameras are in certain areas can help create a sense of security. No one wants to fear having to go into an area or feel as though they are not safe. Some may believe that there may be less of a chance that a crime will be committed if there are cameras in the area watching over them.

Some businesses and authorities may place cameras in areas in hope that it will prevent crimes from being committed in the first place. If a person knows that there is a surveillance camera in a specific area, he may be less willing to commit a crime at that location for fear of being caught.

In court, the footage from the surveillance camera that captured a crime can be used as evidence against the accused. Without the footage, there may be little to no evidence to go on and the criminal could go free. In some cases, the footage may also help prove the innocence of someone who was accused of a crime, but did not commit it.

IP surveillance technology offers future-proof and cost effective solutions that facilitate the migration from analog to digital video. Simply connecting a Vivotek video server or network camera to any existing IP network, you can do the synchronised video and audio surveillance over the LAN, WAN or through the Internet from anywhere at any time. Their state-of-the-art digital compression technology ensures the lowest bandwidth requirement without sacrificing image quality for remote monitoring 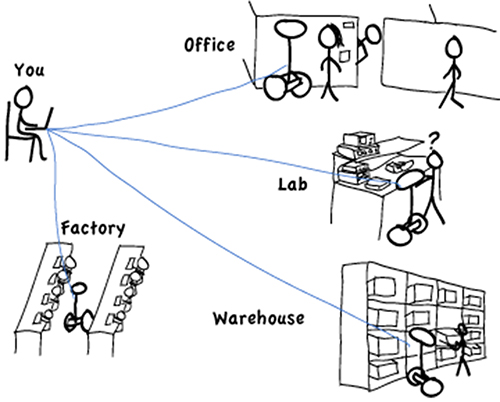